Call us nowCall me back

Get a free call from our experts!

Generally speaking, when your key fob doesn’t work, the problem may hide in the key fob itself or into your lock. So, the solution will have at least two stages. First of all, we need to figure out what is malfunctioning to solve the problem. Sure Lock & Key is here to make that key fob work again or to provide you with the answers. Read our blog post to get all the needed information for a quick diagnosis and quick repair!

Let’s start with the most obvious reasons why a key fob might not work. Here you will find detailed information on ensuring that the key fob is broken, faulty, or damaged, and not the lock. Also, you need to know that sometimes a key fob can be beyond repair. That doesn’t mean you’re in trouble. That just means you have to get a new one. You can always google “automotive locksmith near me” and get the job done. Actually, such an approach will be your reliable solution to any of your locksmith issues. But let’s check what there’s to know about key fob failures. 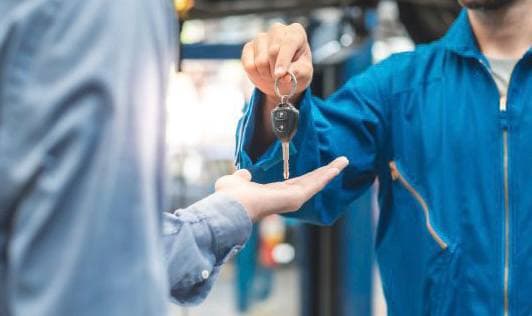 First of all, if after you push the button on your key fob and nothing happens, check the battery. It’s the most common and easiest to fix key fob issues. Please keep in mind that a dying battery can work intermittently. It can be fully functional now and fully dead a few minutes later. Also, it may work without problems but from a shorter distance than usual. The only chance to check whether it’s the battery that causes you troubles, you have to replace it. The good news is that you can do it yourself. All you need is a flathead screwdriver and an appropriate battery. Open your key fob using the tool and check the battery number. Now you can visit your local retailer to buy one or order it on the Internet. Depending on the manufacturer’s pricing policy and the battery’s quality, it will cost approximately $1-2 apiece. Put your brand new battery in the key fob and try to use it. Is everything alright now? Great! The key fob still doesn’t work? Let’s try something else.

Call us to get a free quote

The key fob itself may be in excellent condition, without any scratches. But buttons wear out a lot quicker. Don’t try to push harder. It won’t help in the long run. You may spot that the buttons you use rarely work better than those you press regularly. Usually, a button for unlocking the trunk stays fully functional even when the others periodically fail. Also, you may spot that the button is harder to push than you’re accustomed to or that there’s some obstruction. In such a case, you may need a key fob replacement. It’s easier and cheaper in the end than key fob repair. 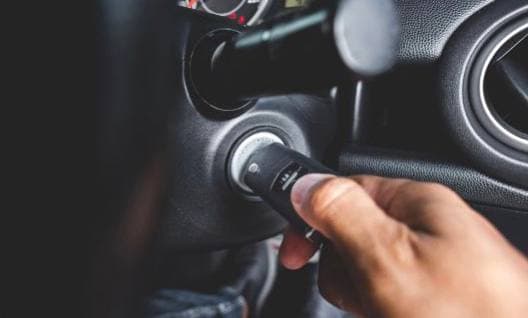 Key Fob Needs To Be Reprogrammed

Do you know how a key fob works? When you push the button, it sends a coded signal only your car can recognize. They work like two half of one system. But it might happen that the car can’t recognize the signal due to some reasons. Maybe it’s become too weak because you’ve been storing your key fob somewhere near the electrical impulses. Perhaps someone tries to steal your car by hacking your key fob. Maybe you’ve accidentally performed the sequences of action that lead to unpairing the key fob and the vehicle. It might be pressing all the buttons or a few of them simultaneously or keeping them pressed for some time. In any case, you need to get this key fob reprogrammed to make it functional again.

This kind of issue is harder to fix. You need professional help to be sure that everything works as it should. But it is easy to diagnose. If one door doesn’t work with a key fob, but others work just fine, it means that it’s the door that needs repair. Let’s check what exactly can be wrong and what you can do about it.

If something is wrong with your car door lock, there’s no chance your key fob will lock/unlock it. A car door lock assembly is a complicated mechanism with many details, so only a skilled technician can repair it. Also, the lock itself might be alright, but something that shouldn’t be inside it blocks locking or unlocking. Some extra objects or dirt can stop your door lock from functioning. Another common problem is rust. It is widely known that nowadays, car manufacturers tend to use plastic where possible, and lots of car parts are made of fiberglass, and locks aren’t an exception. However, some of the lock parts have to be made of metal anyway, so obviously, they can rust. That’s the issue you can try to solve yourself by using WD-40. 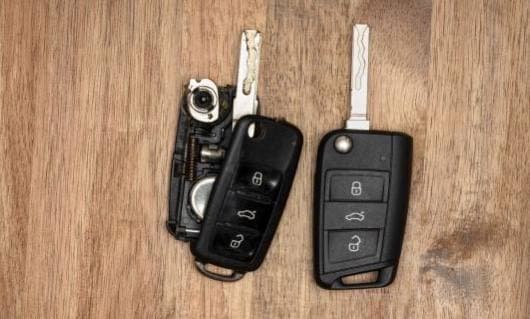 Also, the parts of a car door lock assembly can be disconnected. So, naturally, a key fob won’t work. If everything works correctly, after pressing an appropriate button, the door lock shifts and unlocks. But if the parts are detached, nothing will happen. The best solution is to get a new lock. A repair is an option, but chances that the lock will work for a long time aren’t high. You can find a local automotive locksmith to get the service quickly and without difficulties.

Usually, damaged wiring appears in several different issues except for key fob failures. In such a case, a mechanical key is still working perfectly. Inserting it in the lock, you can’t spot some difficulties. This type of malfunctioning requires professional repair only. If you suspect that that’s the problem, it will hasten the process. You can find a locksmith who specializes in solving wiring issues.

When buying a safe, like anything else, we want to get the maximum deal. Safes can be quite complicated. It may be hard to find a safe that can cover all your needs simply because the slightest detail might change the entire choice of a particular safe. Let's just say that a perfect safe for your friend’s needs may be totally useless for yours. Another obstacle is that there are so many safes on the market today that you will need to spend a lot of time understanding their advantages, disadvantages, functions, features, etc. That’s why we prepared a guide to help you find the best safe for your present needs. <a href="/">Sure Lock & Key</a> is happy to help by making your complex decisions easier! If you have the time, keep reading and we will try our hardest to reach the answers you seek!

Restore your antique and old locks

A lot of us still use old locks and that’s all and well. So why would someone replace a lock that is still in working order? They usually have their own vibe, unique aesthetic, which modern locks can only be jealous of. However, nothing can last forever, especially the stuff we use daily. Sometimes, using an old lock may mean walking on a wire. You never can tell when something might go wrong. Even if your antique or old-fashioned locks keep serving you faithfully, they can use some help to last even longer. <a href="/">Sure Lock & Key</a> prepared some useful tips that will help you enjoy your antique locks as long as possible. Let’s dive in!

A Tampered With Lock

Did you ever arrive back home and get the feeling that something is wrong? Do you have suspicions that your home lock has been tampered with? Ok, let’s figure everything out! Sure Lock & Key prepared a list of common signs that someone has tried to invade your home.